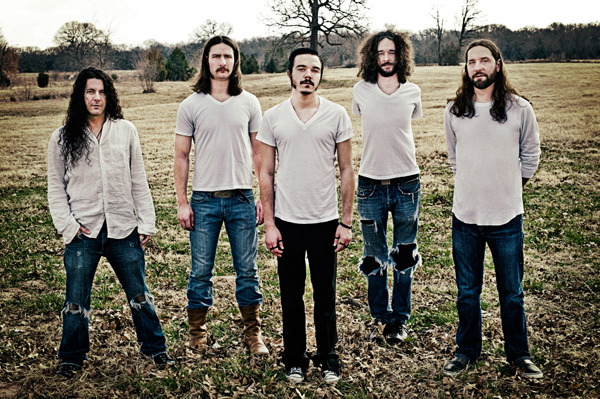 This article originally posted to theclevelandsound.com on April 10th, 2012.

Texas natives Fair to Midland don’t know how not to tour. Between now and the end of July, they have 54 dates planned, including about 20 as part of an Australian tour with brothers-in-arms Dead Letter Circus. It’s this relentless work ethic that has maintained their trajectory as a true “band’s band” since their first self-released albums, 2001’s Carbon Copy SIlver Lining and 2004’s inter.funda.stifle. Their stellar live act has landed them spots at such festivals as Coachella and Download, as well as tours with Alice in Chains, Smashing Pumpkins, 10 Years, Flyleaf, and Dir en Grey.