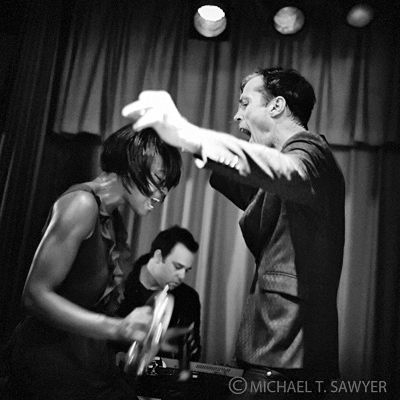 This article originally posted to theclevelandsound.com on November 29th, 2011.

Los Angeles neo soul act Fitz and The Tantrums are the cream of the crop among today’s rising stars, and they have the hectic schedule to prove it. This year alone has included appearances on Jimmy Kimmel Live, The Tonight Show with Jay Leno, and Conan (along with their tracks finding homes on the soundtracks of popular TV shows Criminal Minds, Desperate Housewives, and more).  Their fall tour so far has consisted of 24 dates in the past 31 days, most of which played to sold-out venues, and ended with three sold out nights in Chicago; more dates are being added as we speak and currently run through January 2012. Cleveland has had three opportunities to host the band just in the past twelve months: In January they levelled the Grog Shop, followed by an appearance at the Rock & Roll Hall of Fame’s Summer in the City concert series, and finally last Tuesday’s show at the Beachland.  With such a demanding schedule, it would be hard for anyone to blame them for phoning in the odd performance here and there. Fortunately the attendees of their recent show at the Beachland Ballroom know, “phoning it in” isn’t even in this hard-working band’s vocabulary.