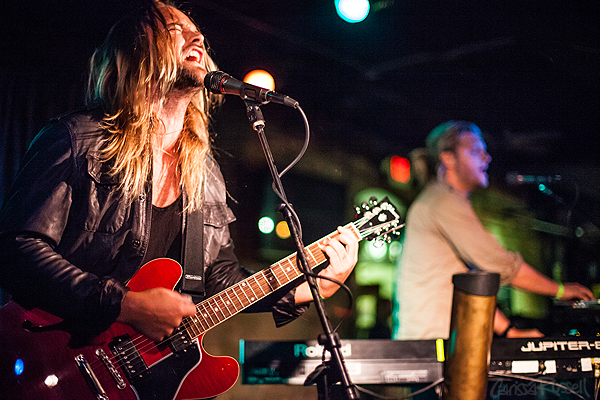 This article originally posted to theclevelandsound.com on September 12th, 2012.

Carolina Liar have been relentlessly touring in support of their 2011 release, Wild Blessed Freedom. They have blanketed both radio and television, generating nationwide airplay on modern rock and alternative radio while also appearing in shows such as “The Vampire Diaries,” “American Idol,” “Gossip Girl,” “The Hills,” and many more.

The Cleveland Sound caught up with the band at Akron’s Musica just before an infectiously musical indie-rock set. The quartet of Chad Wolf on vocals & guitar, Rickard Göransson on lead guitar, Johan Carlsson on keyboards, and Peter Carlsson on drums & percussion talked about making it in the indie scene, songwriting, and fans, while sharing a number of anecdotes about some of the industry heavyweights they and their friends have worked with…