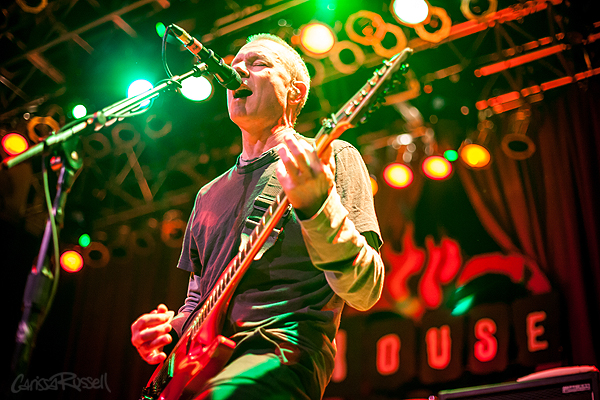 This article originally posted to theclevelandsound.com on August 17th, 2012.

A lot of bands owe their livelihood to the juggernauts that double-teamed the Cleveland House of  Blues on August 7th. The Toadies and Helmet both grew out of a backlash against the cookie-cutter, heavily produced rock bands of the 80s, and were two of the first bands of the burgeoning grunge movement to prove that rock music could be both catchy and musically intriguing. Both bands have forged instantly identifiable and intricate signature sounds, and have made it a point throughout their careers to make music that rocks as hard as it thinks. On Tuesday night, these two powerhouses combined resources to co-headline a show that reminded those present why their names rank high in the influences of practically every band since that are worth listening to.