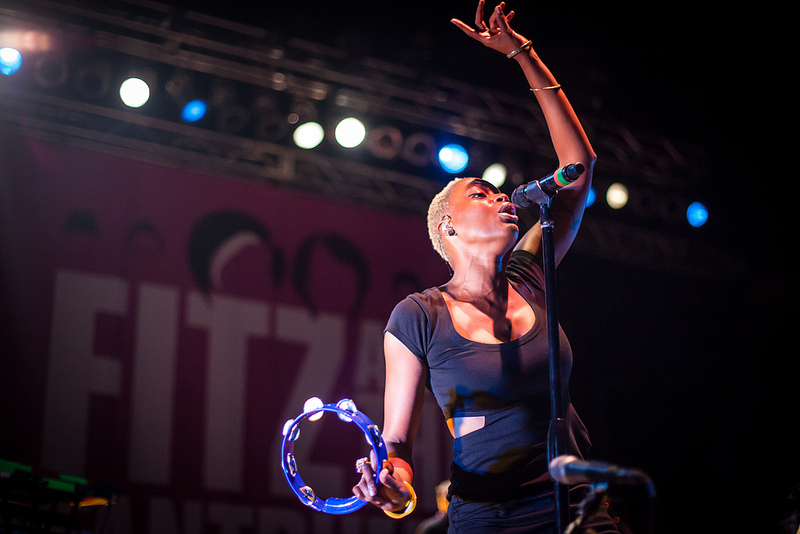 This article originally posted to theclevelandsound.com on June 23rd, 2012.

Allow me to break the fourth wall for a moment. When The Cleveland Sound first learned Fitz and the Tantrums were planning on taking a break from recording the follow up to 2010’s #1 Top Heatseekers hit Pickin’ Up the Pieces, we knew it was going to be a memorable show. So memorable in fact, that when we showed up on Friday afternoon to Columbus’ LC Pavilion, we came loaded for bear, with not one but two photographers; the better to capture a killer live band playing a show not as part of a grand 75 date tour, but squeezing in as many festival appearances and single shows between recording sessions as possible. Suffice to say, Fitz and the Tantrums did not disappoint.