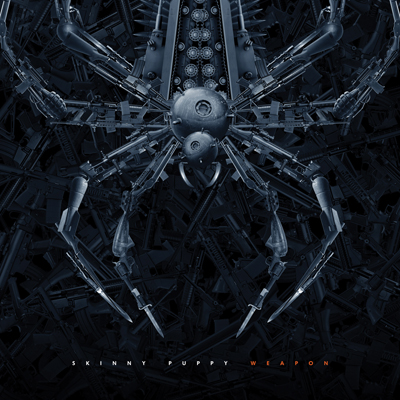 This article originally posted to theclevelandsound.com on May 14th, 2013.

Skinny Puppy have never made easy music. Their arrangements are often atypical and atonal, and provide a harsh, unyielding bed out of which their lyrics are made to grow and fester. From their earliest album, the group has confronted head-on the issues of the day, speaking on topics as diverse as animal rights, deforestation, chemical warfare, and addiction. This propensity as a “thinking man’s” band has earned them a solidly entrenched fanbase, as well as virtually guaranteeing their music rarely if ever sees radio airplay. Their latest release, Weapon (out May 28th on Metropolis Records), remains true to form; tackling gun culture and the surveillance state while sonically hearkening back to the band’s early days of electronic devastation.