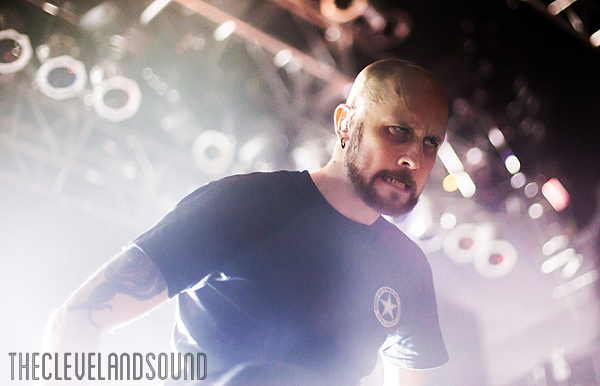 This article originally posted to theclevelandsound.com on February 26th, 2013.

Extreme metal rarely gets any love from “scholarly” musicians. Whether due to the guttural vocals, constant machine-gun drumming, or the thick distortion muting any semblance of harmonic complexity, the outer rim of the metal genre has earned an undeserved reputation for being populated by little more than tone deaf Neanderthals. However, in recent years, a handful of artists whose mastery of their craft transcend the realm of “genius” have forced even the stodgiest of music school ears to perk up and take notice. At the House of Blues on February 20th, three of these bands came together for an evening that proved to be just as enlightening as it was brutal.